Where ideas cascade onto paper like waterfalls, unexpected characters appear without warning like geysers bursting from the ground and old notes are swept along by a hot lava stream of new stories this is where authors from around the world meet once a year to learn from each other – a inside story of the Icland Writers Retreat.

Halftime at the Iceland Writers Retreat in Reykjavík: It is already the third time that the initiators Eliza Reid and Erica Green bring international and Icelandic bestseller authors and people interested in writing for five days together. The programme in English is a diverse mix of workshops, readings, literary city tours, excursions and networking events. And it is refreshing that there is no division between professional writers and novices. Everybody communicates with everyone at eye level. Successful authors like Neel Mukherjee, Miriam Toews, Andrew Westoll or Katie Williams mingle with the participants during the breaks as well as during meals.

There is a sociable atmosphere during talks about the highs and lows of writing, when reflecting together on planned projects and passing on tips or giving feedback on texts. As Reykjavík can look back to a long tradition of story-telling and has been “UNESCO City of Literature” since 2011, an insight into the Icelandic writers’ scene is also provided. Vilborg Daviðsdottir and Hallgrimur Helgason give a reading in the pub. Steinunn Sigurdardottir can be encountered at the Art Museum and Einar Kárason or Guðni Th. Jóhannesson follow the island’s historic tracks together with the participants for a day.

Deep-rooted in the saga

Icelanders love to record the history of their families and to find out more about their ancestors. Their sagas tell of the time of the Vikings, from the hard life in bleak nature, from love, power, blood revenge and heroes. Many expressions used by the Icelanders in everyday life have their roots in the sagas. The poetic narratives are closely linked to particular places. Anyone who is interested in this will get a good overview at the Saga Museum in Reykjavík.

Information boards at eventful places across the country detail the events that took place at that very site. The sagas are passed on from generation to generation. This also explains why family ties and childhood friends are the top priority for Icelanders still today. These old stories – whether fiction or true events – provide good material for eerily beautiful moments in combination with long, cold and dark winter nights .

The local authors benefit from the hype around Icelandic crime fiction even though they jumped on the bandwagon relatively late. The island is small. Everyone knows everyone. And yet, no one wanted to believe for a long time that murder does happen on the island. Gerður Kristny, an Icelandic native and author of crime fiction herself, confirms that. She points to the front pages of the newspapers on the day a murder happened in the north of the island: one depicts a romantic photo of a sunset, the other reports on a man handing his business over to the next generation – an ideal world without any evil. But the reality is different.

Hence Kristny’s true-crime story about sexual abuse in a family caused quite a stir. It seems that everyone in that village knew or at least guessed that something was wrong but no one intervened. “Reykjavík is a small city but it is big enough for parallel worlds“, says Kristny. The stories of the unlucky ones or people in the shadow who seemingly suddenly turn to murder this is what interests readers and inspires crime writers. One’s own living environment becomes the starting point of fictional plots. Kristny, who has already published 25 books, jokes: “I write mainly about snow.“

Diving deep into the sea of words

Even more successful is Cheryl Strayed from the USA. She links up via Skype and patiently answers the questions of the audience. Last year, her bestseller “Wild: From Lost to Found on the Pacific Crest Trail” was released as big screen film with Reese Whiterspoon. “Writing is never easy“, Strayed admits. Authors must try to delve as deep as possible into the story and their characters. She does this in her first draft by writing everything down that comes to her mind. “It is much easier to become intimate on paper.“ When working on the second and third revision she decides which text segments are staying and which are going. Strayed is convinced: “Language is one of the most beautiful things in the world. Literature shows us who we really are“.

Change of perspective. Can women write about the innermost feelings of men? In her book “The Love Affairs of Nathaniel P.“, Adelle Waldman shows that it can work and she earned quite some praise for it. How did she do it? She studies her characters intensely, reflects their behaviour in the shower and undergoes a tough reality check. Something Vincent Lam from Canada could easily do without for his first book.

A doctor himself, he writes about the life of doctors – and that so well that it was made into a film. He taught himself the art of writing and he has just one advice for every author: ”Look at the following: what text parts draw the reader in and what parts pull the reader out again.“ It’s the little things that are often the most effective. In that moment, this becomes clear to many writers. The diversity of opinions, genres high-profile names at the Iceland Writers Retreat is overwhelming; just like the powerful landscape of the island.

A head full of inspiration

Ideas need space to fly and cannot wait around for another item on the agenda. Like a geyser, they bubble on the inside and are just about to burst out – right there in the middle of a noisily chatting crowd of more than 100 eager-to-write people from 15 countries. It’s time to escape. Just out of hustle and bustle, out of the stylish, comfortable hotel and off into the solitude of nature. While dozens of feet step onto the bus to the mayor’s reception, a couple takes the opposite direction – directly to the beach.

Looking for a story

The wind takes a break; the sun warms the fine, golden sand and its delicate, white glistening shells. The waves push quietly ashore. In the distance, two boys in winter jackets run barefoot through the water. The ease of their laughter penetrates the silence. Peace, finally. The thoughts trickle on the note pad. “Write more“, the friendly appeal by Mark Kurlansky seems to have hit home half an hour after his workshop.

The American bestseller author has published over 28 books which have been translated into 25 languages. The secret to his success is simple: write every day and you get better and better. At home in Manhattan, he writes nine to ten hours every day – briefly interrupted by short breaks to take his dog for a walk. “The more you write, the more it becomes a part of you“, so Kurlansky. Fiction or non-fiction, for him both need a story. When he has a new idea, he first asks himself the question: What is the story behind it? ”If you don’t have a story, you don’t have an end“, so Kurlansky. Now carry on writing until it’s there – the story and its Happy End.

The drama in me and you

Elina Hirvonen is one of the most successful Finnish authors. Her novel (“When I Forgot”) was published in Germany under the title “Erinnere dich“. At the Iceland Writers Retreat, she spoke openly about how authors find their own creative voice and why it also took time for her to silence the inner critic and to trust herself.

“The biggest challenge in our times is the flood of information. As an author, you need time and space to reflect on information and to form your own opinion“, says Hirvonen. With small, creative writing exercises, she demonstrated how a simple newspaper article can turn into a lively story. An example: “Close your eyes. Now write down what you hear, smell and feel, not what you see.“ Show, don´t tell – well known but used far too little.

One of her other tips: “The author must know every last detail about the world he or she writes about.“ Readers are put off by mistakes. Details and dialogues must be exactly what no one speaks about but what is still there. Meaning the “drama in everyday life.“ The clear Icelandic air also opens your eyes to this.

I always let my characters undergo a reality check and reflect on whether they really think and act like that. I put myself in the other persons‘ shoes and try to find out what makes them act the way they act.“

Forget the distinctions between the genres. The characters must come across as real. Think: what is really behind the story that you are about to write? Everyone has stories to tell but which one really stands out? Arrows help when reviewing: an arrow pointing down indicates depth. An arrow pointing forward means that the story is moving forward here and an arrow pointing in the opposite direction as symbol for retrospects or background information. A text should have always more of the first two arrows.“

You need time and space to gather details, to form your own opinion and to reflect. Follow your intuition, your impulse and follow all the things that engage or fascinate you.“

You must listen to your heart and write what you want to write, what you would like to describe. Good books need time. Ask yourself again and again whether your characters would really act like that. Because then they are real and credible.“

I am advocate for storytelling and Happy Ends. Stories with a beginning, a middle and an end work for us. If you don’t have a story, you don’t have an end. The more you write, the better you get.“

You need plenty of information so you can draw the reader into the story, but not too much information as this pulls the reader of the story again. Details are like the salt when cooking. A bit makes the dish tasty, too much and it becomes inedible. Try to use all your five senses. Bring more life to the text segments, use action, change and movement/development.“

About the Iceland Writers Retreat

Eliza Reid and Erica Green have been organising the Writing Retreat Iceland since 2014. Insiders already consider it as the best retreats in the world. Instead of long speeches in front of a big audience, this event offers one and a half hour workshops with no more than 15 participants, plenty of writing and where the authors take the time to give their personal feedbacks. From the registration to the departure, everything is well organised. There is plenty of opportunity to get to know the country and its people and to work on your own texts.

The atmosphere is sociable and welcoming. You can also bring your family because there is plenty to see and to do in the surrounding area while you take part in the workshops. The aurora borealis can be admired in the sky in clear nights. The next Iceland Writers Retreat takes place from 5th to 9th April 2017. Registration and programme are activated online from July 2016. The places are very coveted and go quickly. The retreat with workshops, excursions, readings, hotel and board cost around Euro 2000. Flights are not included. It’s not exactly cheap but you get a lot for your money. Details: www.icelandwritersretreat.com

More about Iceland here: Iceland – A Land of Storytelling (in english) 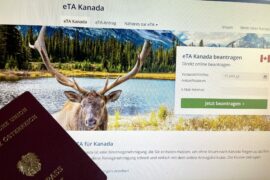 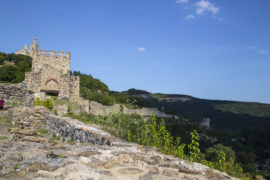 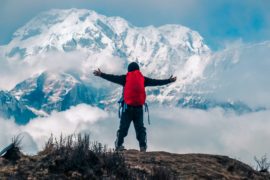 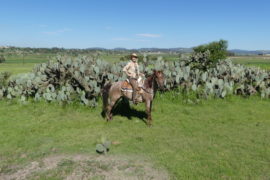 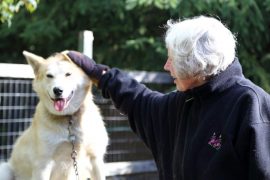 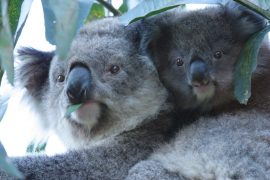 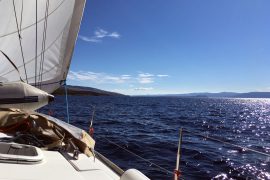 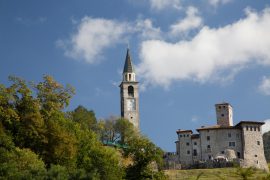